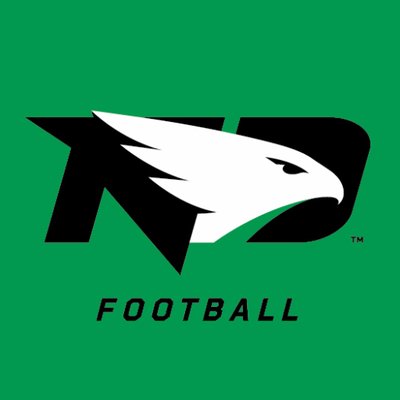 Coming into this one, we expected a battle of defenses, wills, and attrition. This game provided the exact opposite of all of that. Six touchdowns alone were scored in the first half. That said, the game was close in the first half, but offense ruled the day in this battle of two top-flight FCS teams.

Throughout the day, Weber State was able to answer UND’s challenges. The Wildcats played a strong underneath check down game and relied on a strong offensive line to limit the ability of UND’s blitzes to get home. The Fighting Hawks did not register a sack against the quick-strike short pass offense of Weber State. With the 35-30 loss, UND now is a three loss team looking to potentially need to run the table to make the playoffs. That said, UND looks like a playoff team after taking the number four ranked team in the nation to the wire. Below are three reasons for optimism if you are a UND fan after that very close game yesterday.

UND played yesterday without deep threat Izzy Adeoti, and senior superstar running back John Santiago. That said, the offense still was able to thrive. Noah Wanzek had a superb day with 111 yards and a TD on ten catches. The Fighting Hawks still were able to rush for 105 net yards, 3.8 yards per carry. This team showed it can move the ball and find other top threats to emerge despite injuries against one of the best defenses in the FCS. Going forward this will be a monumental asset to them. In addition, I was impressed with the depth of UND on defense. While the Wildcats moved the ball more than any Fighting Hawks fan would have liked to have seen, the Fighting Hawks were able to utilize most of their depth on defense. 22 UND defenders got on the stat sheet for at least contributing to a tackle.

Minus one missed PAT that ended up not being the difference in the final score, UND’s special teams unit had one of its best games of the year. Kick coverage limited the Wildcats to a long return of 24 yards on four attempts. Weber State got nothing returning punts as Cade Peterson limited the Wildcats to one return for negative yardage. Then we go to kick return. Evan Holm’s 99 yard flight to the endzone got UND in the game in the first half and was a momentum-shifting play that helped UND immensely. Finally, the blocked field goal and return for a TD by Donell Rodgers nearly spurred UND to an improbable comeback. Special Teams Coach Sean Kostich’s entire unit had a great day and showed the power they have to write and re-write history for this team on a weekly basis.

Nate Ketteringham had a decent day for UND. He made one bad read that turned into a pick for the Wildcats. Beyond that he showed his booming arm and strong pocket poise as he finished 16 for 29 passing for 245 yards and one TD. His ability to extend plays and buy time has been superb to see this year. In addition, his ability to buy time in the pocket keeps defenses off balance and allows for more broken plays to result from his ability to ad-lib. Ketteringham’s play, the depth of this team, and its emergent special teams are three reasons why the playoffs are still in reach despite the close loss yesterday to a very good Weber State team.