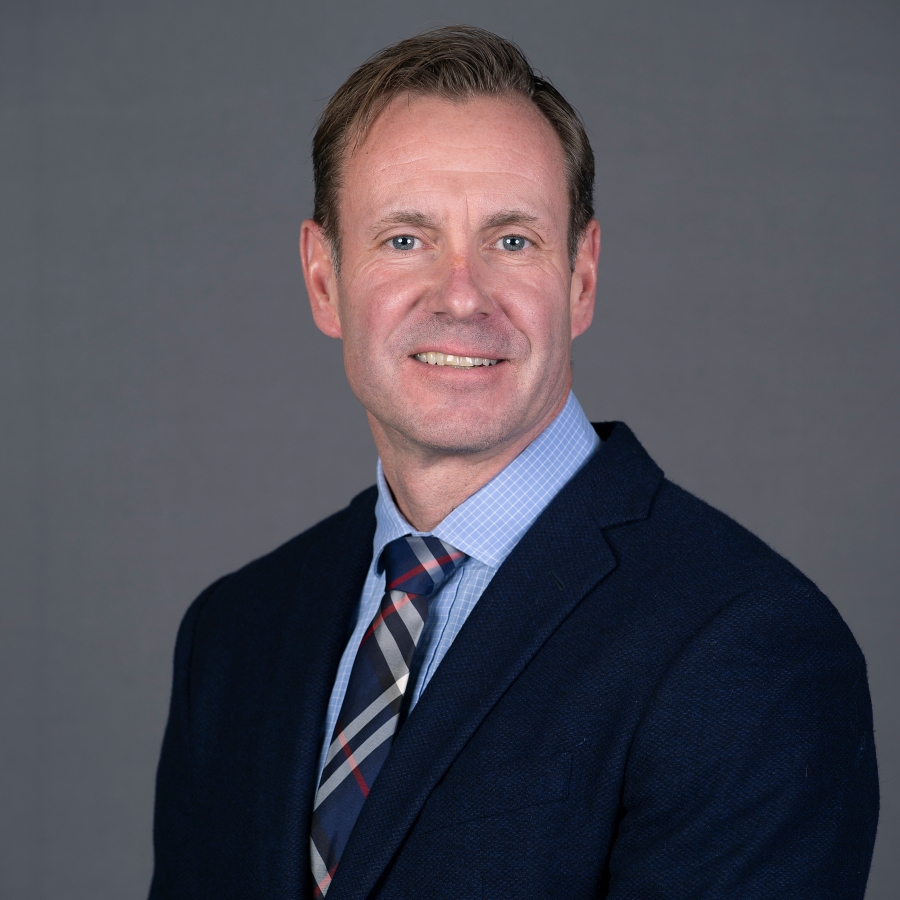 Mike Corbett is one of the most honest people we have ever interviewed in the game of college hockey. The former Alabama Huntsville Head Coach was up front about his record, and has no hard feelings towards anyone with how his time leading the program ended. He was Derek Schooley’s first choice for the assistant coach role when it opened, and the two worked together to make it a reality. Corbett had other options, but it was evident that the Robert Morris role made the most sense for him now, and it has paid dividends for the team because the Colonials are in first place in the Atlantic Hockey Conference, nationally ranked, and in position for an at large selection in the NCAA Tournament this spring.

Corbett shared with us a philosophy that guides how he operates, and one that is refreshing to hear on this and the rest of his interactions in life. He simply notes that “business is one thing, and friendship is another.” This philosophy has allowed Corbett to have a long career as a very successful assistant coach for the Air Force Academy, and got him back behind the bench with Robert Morris after leaving his Head Coach role with Alabama Huntsville.

That loyalty to players that Corbett has comes from a source many college hockey fans would know. Frank Serratore, the head coach at Air Force gave Corbett a chance to play for him when he was at Denver. As Corbett said, Frank took a chance on letting him play with the Pioneers as Corbett came to college as a 20 year old with a young son, and of that opportunity he said, “I could never repay him enough.”

That was not at all the end of Corbett and Serratore’s time together, as a few years later, Corbett would end up working with Frank at the Air Force Academy for the next decade as an assistant. To this day, through the ups and downs of Corbett’s coaching career, and his life, he notes that Frank always has time to chat with him, and Corbett was effusive of the impact Frank has had on his life.

One of many things Frank did helped Corbett feel more confident as an assistant, and gave Mike a guide for his own choices later on as a coach. That is, Serratore let Corbett do a lot of things in the coaching world that assistants do not typically get the chance to do. In his time at the Air Force Academy, Frank has always been effusive of the honor of being the coach of Cadet-Athletes, and his leadership style empowers them, and all who work with him to have success. Corbett calls Serratore the “ultimate motivator”, and notes the value Frank’s honesty has had on him later on in any of his following roles. When Corbett needs advice, as he did when looking for his next role in the coaching world this summer he looked at two people of his vast network of friends and mentors for advice.

To sum all of the help Corbett has gotten up from Serratore in one quote is tough to do, but he came close by saying that, ” Frank is so great because he cares so much.” It is clear to us that Corbett cares a lot as well.

Back to his time at Robert Morris, Corbett is embracing his role as an assistant and fitting in with the Colonials quite well. He notes the success of a lot of the team, including Nick Prkusic, Randy Hernandez, and others as reasons for this team’s new residence as a nationally ranked side. On the bench for Robert Morris, Mike handles a lot of things, including running the penalty kill. Arguably the most important thing he does for this team during games is providing levity and a level head to it. That is, when the Colonials score, Corbett will be the one yelling something about playing the next shift hard and keeping the pressure up. When the Colonials are scored upon he is the one imploring his team to keep pushing for the next goal and so on.

Corbett focuses most of his time back on the ice, and loves working with Schooley and the staff at Robert Morris. This team is competing for a national at-large bid in the spring, along with having the pieces to be good for many years, as they only have three seniors, and some may come back due to the extra year of eligibility every student athlete is getting due to the pandemic.

Mike Corbett has learned a lot over his years as a coach, both leading and as an assistant, yet one thing is constant. He will forever have a spot in the wide world of hockey as long as he wants one, because, like his mentor Frank Serratore, Corbett cares so much about his players as whole people, and ones destined to get better both on and off the rink.

Donate: To help us cover more games and tell more stories not found elsewhere about all of college sports, especially under represented athletes everywhere across the college sports landscape like unique untold stories across college hockey. Please click the below link and consider donating what you can. If you do, I will list you in every story about we write as a supporter of crowd-funded  journalism that can truly be free for all at this link: paypal.me/Seamorepsorts