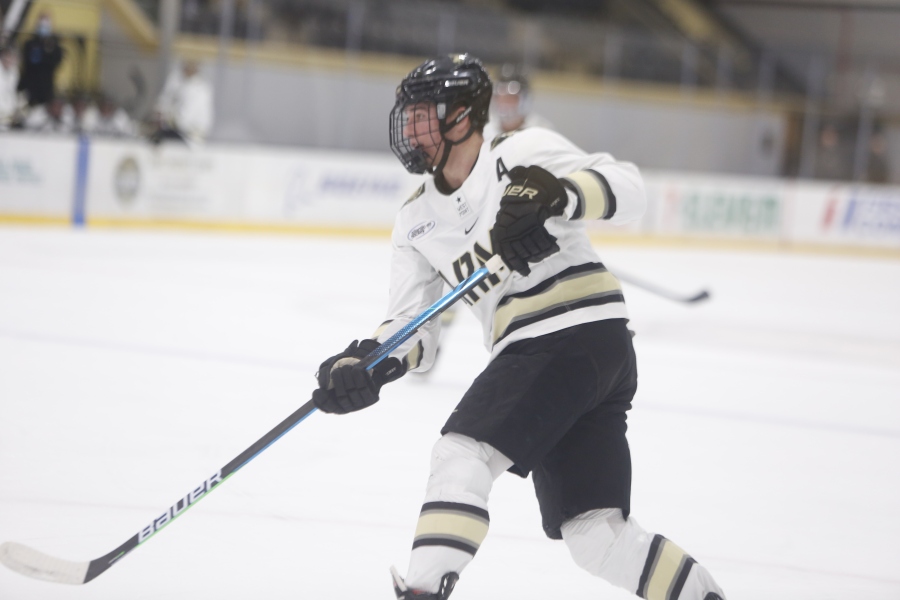 Like AIC, Army West Point, and the other eight Atlantic Hockey members have a unique chance this season to showcase their conference with some key non conference wins, and with the increased availability of those games, every member has a bigger chance to do just that. We are continuing our look at big series for each team, moving to Brian Riley’s Army West Point group.

The same weekend the Black Knights Football team will look to head to Madison and earn a hard fought win that not many were exxpecting, Riley’s group gets to do the exact sme thing.

This year, the Black Knights will head into Madison with three different options in net to replace All American, and now current Iowa Wild netminder, Trevin Kozlowski. Whoever wins that competition will face a Badgers team not returning Cole Caufield, but one replete with NHL draft picks and a lot of players that have not been overlooked nearly as much as those that play for Brian Riley

Of course, Bilek and the forwards are this team’s strength on paper coming into the season. Another thing they all bring is speed, Army Hockey always seemed to be the faster team down the stretch save for a few brief stretches in their semifinal loss to Canisius. That will be tested on the biggest stage against the speed and power of the Badgers.

For Riley’s group, their job will be to get ahead of Wisconsin on the road. Easier said than done, but taking the Kohl Center crowd out of the game will go a long way to determining their fate on the weekend. What Army has going into this series, on paper at least, is a more physical defense returning with a better ability to disrupt plays and keep their opposition to the perimeter .Even their best goal scorer, Bilek, is one of their better defensive forwards, who rarely makes a goal-conceding mistake in the many minutes he plays.

If you look at how Bemidji State earned their win in the first round over Wisconsin last March, that is the effort it will take against the Badgers. While their personel will be a little different, their top end skill will still be there, as will their ability to put up goals in bunches. Brian Riley often talks about how his sport, the men he leads, are a part of a collective leadership lab. For the veterans he leads, it is a chance to show resilience after the way last season ended. For his basic cadets, and underclassmen, it is a chance to make their own mark on this program right away, and begin a new tradition. In the non conference landscape for Atlantic Hockey, Army has a chance to make the college hockey world pay attention to them early on, as they will have a Hobey Baker Candidate in Colin Bilek, and his team facing the Badgers on a national stage.