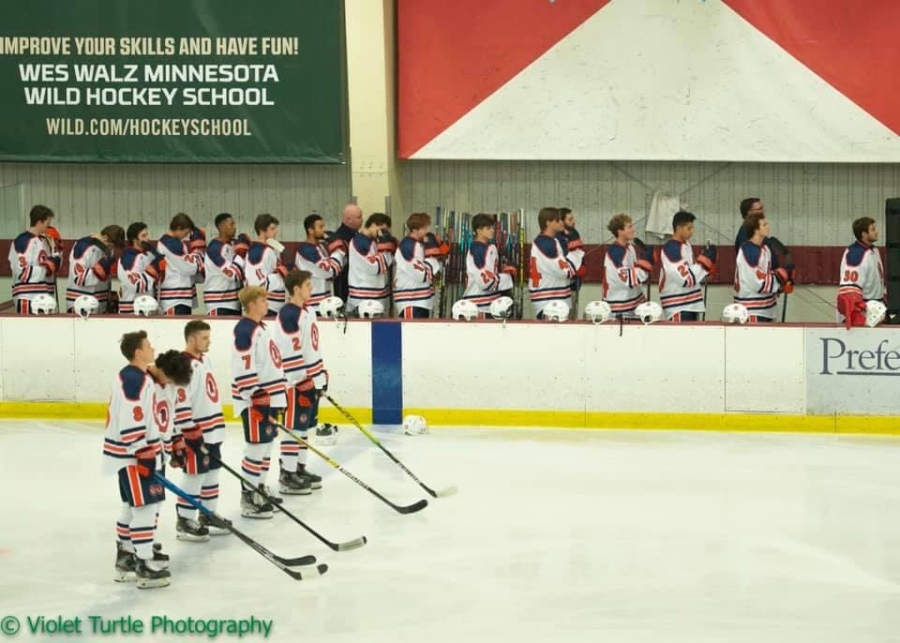 Jackson McCarthy is a strong skating, right shot defenseman that committed to play for a Mercyhurst program on the rise early on this college hockey season. He will be heading to Erie in the 2023-2024 season according to Head Coach Bryan Erikson. For now, he is getting better leading a stronger group with a good mix of improved returners, and rookies making an impact at the NAHL level.

On McCarthy’s choice to play for the Lakers in two seasons, Erikson said ” I am ecstatic for Jackson. He is our first commit to Mercyhurst and we are very excited to solidify that relationship. He is committed for 2023-24 so he will hopefully be back next year and running the show on the backend. His improvement has been so fun to watch. He works so hard and deserves everything he has received. Things really picked up after his performance with Matt Dibble and Roc City this past summer. A lot of schools were in on him but Mercyhurst was the most aggressive. And they made a great offer and made the decision very easy for Jackson.” With his time playing for the champion organization of Roc City Elite, followed by his strong start to the season, a quick good offer seemed to make sense, and is a reward for the type of player and person McCarthy is.

In the Generals’ press release announcing McCarthy’s comittment, Erikson had, even more, to say ” Matt did an amazing job of identifying the potential in Jackson right after he got hired and made a great trade. Jackson came in and really outworked everyone. He is just an incredibly hard worker. We were familiar with him and his game having played down the street at the prestigious Mount St. Charles school but he was an even better person than advertised. Just a phenomenal kid that works his tail off. He beats me to the rink most days. I’ll come in on a weekend off day and there he is working in the skills center, in the gym, getting extra ice. Anything he can do to get better he does. Jackson and his work ethic put himself in a position where he had a ton of interest. Mercyhurst really stepped up and made a great offer and Jackson was extremely excited to accept. I know Eric Progen who runs our Defense has put in a lot of work with Jackson. But it’s all on Jackson for listening and working hard. We started to see a lot of his hard work pay off this summer during the Chowder Cup playing for Roc City. He was named D man of the tournament and put on a show. Really took a huge step forward and that has carried into the beginning of this year. Excited for this step for Jackson and getting back to work on his development.” For the rest of the season, look for McCarthy to keep leading the rear guard and earning key minutes as the Generals look to earn a playoff spot this season, and help his teammates get offers to Division One schools as he has. The Generals are better for McCarthy’s play, and the Lakers see his potential and have bought into what he will bring them. McCarthy has the rest of this year, and next year to keep developing and get ready to play for the Lakers.

Why did you decide to play hockey
“Because the game is fun and addicting”
What is your favorite food and why?
“My favorite food are chicken wings because I’m from Buffalo and it’s a staple”

Who do you look up to most in your life and why?
“I look up to my mom and dad equally because they dedicate their time to helping my sister and I achieve any goals we have and their level of selflessness is amazing.”