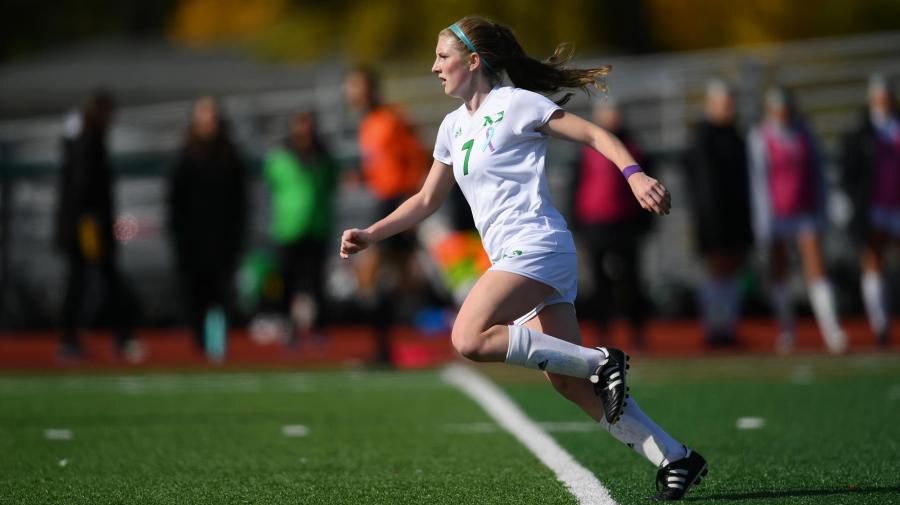 Coming into today, the University of North Dakota Fighting Hawks soccer team had scored 1 goal in its past two games. This team was generating multiple chances against Portland and Oral Roberts, but was only able to put away one chance on a long Brittany Muller salvo on the road against Oral Roberts to give UND their first Summit League victory.

Today against Western Illinois, UND converted multiple chances on its way to a 5-0 win and a 2-0 Summit League record. Of the 11 shots on goal for the Fighting Hawks, five found their way to the back of the net. Mimi Eiden opened the goal scoring account today in the 28th minute as she was the only Fighting Hawk able to generate a goal in the first half. Four different Fighting Hawks scored in the second half to provide the final margin of victory. Brittany Muller scored her second in two games, Olivia Knox scored her second goal of the season, Cassie Giddings deposited her fifth goal of the season, and Emma Bangert contributed her second to round out the scoring for UND.

The scoreline was not indicative of how this game could have gone, the Leathernecks had three shots on goal in the first, and a few grade-a looks that forced UND netminder Olivia Swenson to be on her game.

With this superb win, which UND Head Coach Chris Logan noted that this was the best he has seen his team play all season, now what for UND?  They take on North Dakota State University this Sunday at home at 1 PM.

To this point, this is the biggest game in UND’s season as the Bison are in the mix for a top four spot in the Summit League. The top four teams make the conference tournament. Last season, UND came close to making its conference tournament but due to having a few too many ties they came up just short of their goal. They have a chance to win another match against NDSU on their home pitch this Sunday. The Bison played UND tough last year but a superb Emma Contino free kick goal and excellent defense gave UND the win on the road.

If the Fighting Hawks can keep utilizing their depth scorers like Muller, and continue to see young stars like Cassie Giddings and Mimi Eiden emerge along side senior star striker, Katie Moller, Sunday could produce a favorable outcome for UND. Regardless, look for the sterling defense of this team and its desire to win games on the attack to be what UND uses to go far. Sunday can’t come soon enough. Look for UND to prepare for the Bison on set pieces, as Logan noted the Bison’s prowess in utilizing set pieces to generate chances and goals this year.